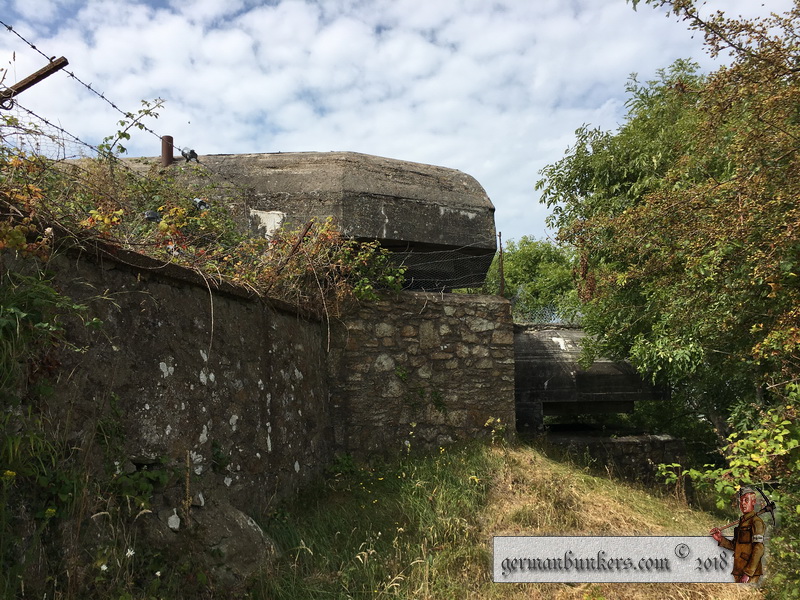 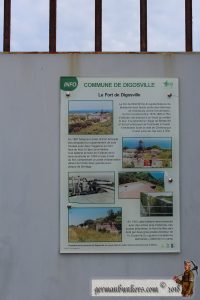 A sign is posted on the outside of the fort detailing it’s history.

Located east of the port city of Cherbourg in Normandy, WN 241 is housed in an old French Fort called Le Fort de Digosville. It is on government property and is closed to the public on most days. There are certain times throughout the year when the Fort is open by the French government and a qualified guide is present but for the most part the site is closed. Click the image to the right to enlarge. 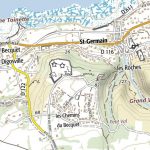 An image capture from Geoportail detailing the fort and it’s surrounding area. Click to enlarge map.

On some resources this location has been mistakenly named Fort de Roches I think because of its close proximity to the area of Les Roches but it’s actually named Le Fort de Digosville. There is also HKB Digosville which was the site of four R669 gun casemate bunkers which we will cover under that section at a later date.

We had no access to the inside of the fort on our visit in July of 2018 however if you walk down in the moat area and head northwest you will find an exquisite Leistand that the Germans built during the second world war. It has breathtaking views of the ocean and the bay of Bretteville.