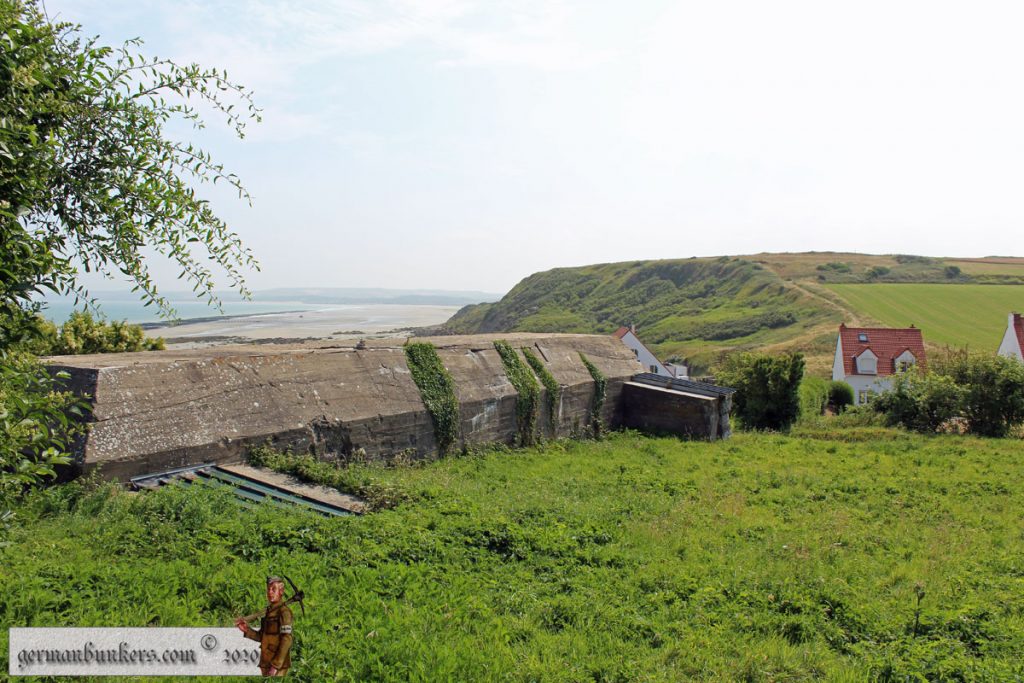 There are a number of German bunker remains in the Cap Gris Nez, this one is a Wellblech personnel bunker which according to other sources has been extended. Located on the beautiful cliff side at the end of the Rue de la Plage you can easily park your car just before the restaurant La Sirene and then walk up the small hillside which has a really nice coastal path. 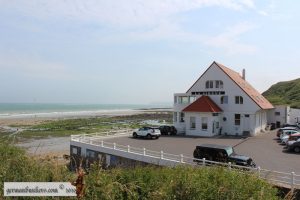 La Sirene restaurant, at the end of the Rue de la Plage.

Just off the path lies a small private cottage which backs on to the personnel bunker. The bunker is not open to the public and the far side entrance has been replaced by a nice new door, I am sure the occupants have made good use of the storage space inside which was once home to a German Grenadier regiment.

Each image can be enlarged, please click on each one to see the full photograph.