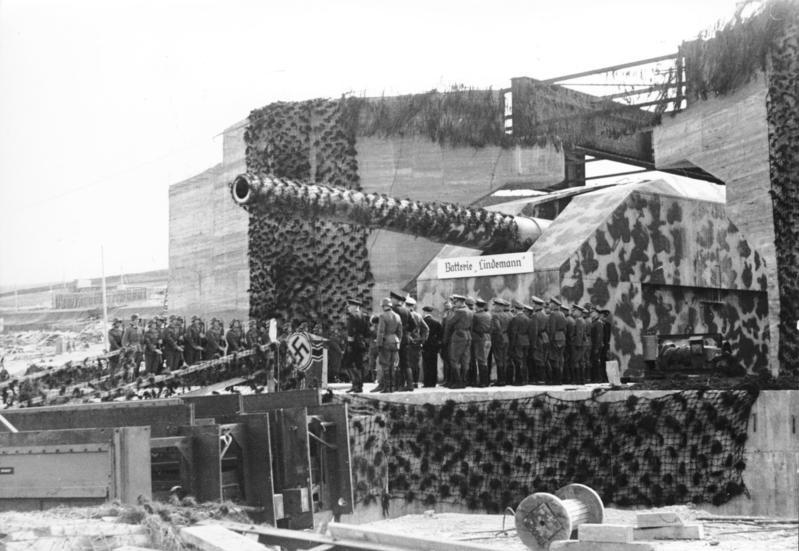 One of the mighty 40.6 cm SK guns at the Lindemann Batterie in Sangatte, Northern France.
(Photo BA Create Commons License)

One of the more tragic losses the Atlantikwall has suffered is that of the Lindemann Batterie which was located in Sangatte, Northern France again relatively close to Calais. This enormous coastal batterie consisted of 3 massive gun emplacements and was a big propaganda tool used by the Third Reich. This beautiful batterie survived the war until the 1980’s when plans were made to start the cross channel project, the Chunnel. The engineers needed a place to dispose of the millions of tons of sand and channel debris called spoil, the location to dispose of this spoil sadly was chosen at Sangatte at the very location where the Lindemann batterie stood. Today there is a man-made lake and beneath that lake lies tons of channel debris and the 3 massive casemates of the batterie Lindemann.

The three gun casemates of the S262 type were named Anton, Cesar and Bruno and consisted of 406mm SKC/34 guns. Each casemate consumed 17,000 meters of concrete and the guns were mounted in C39 turrets. They were entirely self-contained with their own power generation and ammunition magazines. 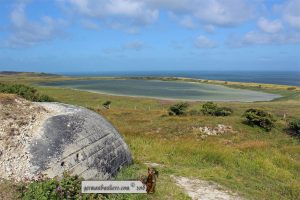 Our recent photograph of the man-made lake that was built over the Lindemann batterie to store the tons of debris from the construction of the chunnel.
(click to enlarge photograph) 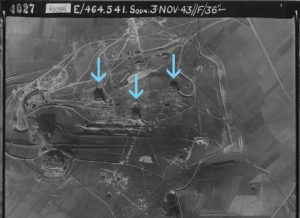 An RAF reconnaissance photograph from a British mission in 1943 shows the three massive gun casemates of the Lindemman batterie. Photo credit NCAP Archives 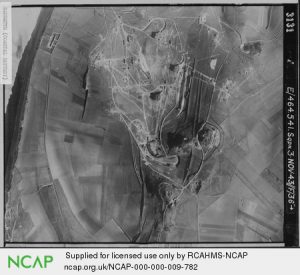 Another look at the three mighty casemates of the Batterie Lindemann. 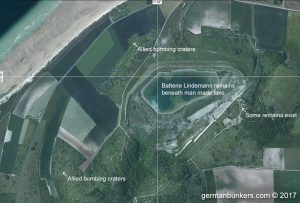 A recent satellite photograph of the man-made lake, at the bottom lies the remains of the Lindemman Batterie.