June 26th, 202 – Our latest Twitter update includes a trip to Marine Kuste Batterie Vasouy in Honfleur, Normandy. This exquisite set of remains includes two M272 casemate bunkers and a M262 Fire Control bunker. The two casemates had 15.2 cm S.L.K. guns and we will feature our entire photo set in the coming weeks on it’s own dedicated page on the web site here.

June 16th, 2020 – Our latest update includes a fascinating then and now photograph of the K5 28cm railway gun built by Krupp as it is being shunted into it’s massive Dombunker in Wimereux, Northen France. Today the bunker is home to a design firm and decorated on the outside by potted plants!

June 8th, 2020 – Our latest update includes more breathtaking video footage from Klaas Meijer in the Netherlands. Klaas has featured several updates including the German Infantry Regimental Headquarters at Rijksdorp, Wassenaar (Wn 289). It was responsible for the defence of the Wassenaarse Slag and consists of more than 30 bunkers.

Klaas has his own YouTube channel which can be located here: https://www.youtube.com/user/klaasmeijer

June 4th, 2020 – Our latest update includes some beautiful film footage from Klaas Meijer and his research into German bunkers in the Netherlands. Klaas is a Spokesman for the Netherlands Ministry of Defence, he is also an historian and veteran.

Klaas has his own YouTube channel which can be located here: https://www.youtube.com/user/klaasmeijer
This is a great YouTube channel to subscribe to and we will announce here when he has another update.

Here is one of his latest videos, “Sperre 314) the anti-tank wall at the Waalsdorpervlakte was defended by a St 625 artillery bunker. The wall protected Stutzpunktgruppe Scheveningen in the north.


May 21st, 2020 – Our latest update brings us to Dieppe, in Normandy and the home of some beautiful remains of the Atlantikwall. The Germans designated the are with the prefix of “DIE” and this particular area was named DIE 010. Here we will focus the camera on the R630 bunkers, one of which includes a beautiful fresco painted by one of the garrisoned German soldiers.

We will be posting more photos this week and the entire photo set to the Die 010 section later on. 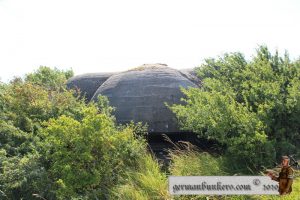 December 8th, 2019 – Our Sunday Twitter and web site update –
On an exquisite evening between Audinghen to the north and Audresselles to the south in Northern France is the Observation bunker at WN168 Leyer. On top the sun sets over the English Channel, inside not a bad view either and looking north it’s big cousin the mighty Turm 4 of the Batterie Todt. 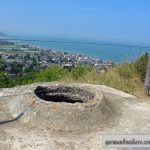 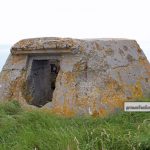 June 15th, 2019 – Our latest update includes the photo sets taken at WN 166 Seydiltz in the Cap-gris-Nez area and the hamlet of Cran aux Eufs. Here we focus the camera on the FuMo 214 Wurzburg Reise Radar base and bunker remains. 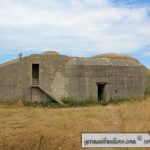 March 4th, 2019 – This weeks update starts off where we left on our Twitter update last week at WN 106, Utah Beach, Normandy. Take a look at the photographs we took on the outside and the inside of this R501 troop bunker with tobruk. 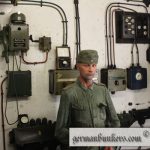 March 3rd, 2019 – Our latest update brings you our new section called “Funkraum” or radio room in German. This new section is an ongoing update and new additions will be added as time permits. We will feature information and photographs of Bunker phones and bunker communication systems. 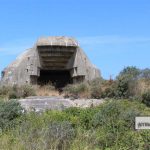 January 11th, 2019 – We kick off our New Years updates with an extended web site update and a visit to the exquisite and remarkable MKB Waldam located just east of Calais. We have posted a number of really nice photographs from our trip there in the summer of 2018. 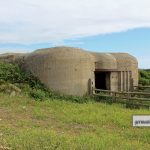 December 19th, 2018 – We have completed the new navigation menu under Bunkers in France. You can now sort by designation for the German 7th and 15th Armies as well as by region. For those of you new to the defensive structures built by the Germans during the Second World War, the Germans had each section or area of defense put into designations. For instance Lower Normandy where the D-Day landings took place for such areas as Omaha Beach fell under the designation: “AOK 7 – KVA H – KVGr Bayeux / KVUGr Bessin”. AOK 7 standing for 7th Armeeoberkomando, or Army command of the 7th Army. As time permits the web site will be update to feature all of the photographs taken on the last three visits as well as future ones we hope. We will continue to send out updates here in this section as well as on our Twitter feed. 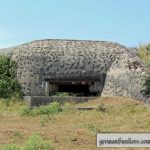 October 29th, 2018 – We have completed the new navigation section under “Freie Kuste”. Here you can visit the areas we covered on our 2016 and 2018 trips from Calais to Dunkerque. 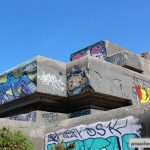 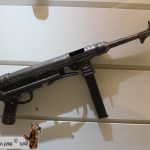 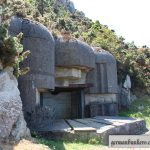 October 12th, 2018 – Our weekend Twitter update takes you to Stp 255 Batterie du Roule in Cherbourg and the site of fierce fighting between the U.S. and German army. 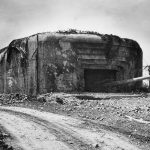 October 6th, 2018 – Our weekend Twitter updates include a visit to Stp 135 Batterie Crisbecq in Normandy, the scene of ferocious fighting on D-Day. 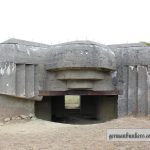 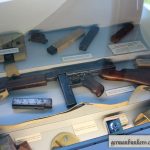 September 14th, 2018 – Our weekend Twitter and web site update includes an extensive photo display of our July, 2018 trip to the U.S. Airborne Museum in Sainte-Mere-Eglise, Normandy. 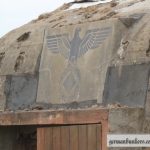 September 9th, 2018 – Our weekend Twitter update includes four stunning images of WN 481 in Cherbourg and it’s home to four R669 bunkers, one of which displays the eagle emblem, a rare and beautiful part of the Atlantikwall fortifications in France. 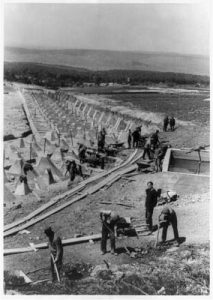 We are currently conducting a major overhaul on the web site. Please forgive any errors you may see as we are reformatting all of the pages to conform with cross browser and platform functionality, meaning the web site will appear the same on all platforms including PC, IOS and Android for all mobile devices including phones and tablets. You may have also noticed we are in the process of reconstructing the navigation menu, this will sort the categories much better as we now have so many new entries to add from our 2018 summer trip to France and Belgium.

Thank you for your patience! 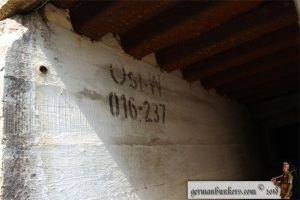 September 2nd, 2018 – We have two new updates to add since returning from our summer trip to the Atlantikwall in France and Belgium.

Our first update takes us to the breathtaking remains of Stp Bamburg in Belgium. 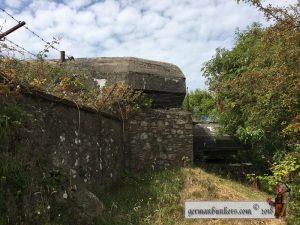 September 2nd, 2018 – Continued – Our second update is a trip to WN 241 The German occupied French fort at Digosville, Normandy. 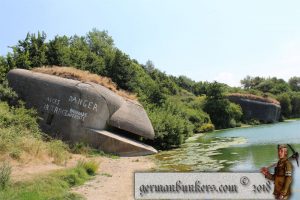 August 20th, 2018 – We have returned from our 2018 summer trip to France and Belgium and have covered an enormous amount of territory. Almost 2,000 miles of road traveling has netted us almost 10,000 photographs and many hours of great video. As you can understand it will take sometime to start updating the web site, we hadn’t even finished uploading our 2016 photo sets but will as soon as we have time. For now please visit our official Twitter feed for weekly updates and photographs from our latest summer excursion to the remains of the Atlantikwall.

May 8th, 2018 – We have updated the web site with Stp Martha, featuring the R120 and R630 bunkers on the beach close to Grand-Fort-Philippe.
–Click here to continue

May 2nd, 2018 – We have added a new section to the web site – Suggested Reading. This new section will detail books that we recommend reading for our viewers, all of the which will be related to World War II.
– Click here to continue

April 20th, 2018 – We have fixed most of the table alignment issues on the web site. Viewers will now be able to continue enjoying the site on all platforms. Remember if you are using an iPhone to turn your phone in the horizontal or landscape position for optimal viewing enjoyment.

April 17th, 2018 – We are aware of an issue with the table settings on the web site not working correctly. We are working on resolving the problem as soon as possible. Thanks for your patience!

Our March 25th update features our final installment of photographs taken in 2016 at WN 62 on Omaha Beach including the Wellblech bunker, VF Observation bunker, the trench system network, the 7.62 cm field gun emplacement and the 61a 5 cm mortar and tobruk emplacement.
– Click here to continue

Our March 20th Twitter update features the German Goliath weapon which was an unsuccessful weapon on D-Day.

Our March 18th update will focus our continuation of WN 62 at Omaha Beach and the Upper 669 bunker.
– Click here to continue

Our March 8th update includes our long overdue project on the defenses of Omaha Beach and WN 62. There were two H669 bunkers present during D-Day and we focus this update on the lower H669. This is an ongoing project with more updates coming including video that I took in 2016 so stay tuned. We have included an extended photograph selection from this visit.
– Click here to continue

We aplogise for the long delay in updates but it has been a busy start to 2018!
Today we have updated the web site with our continued Normandy section and a visit to WN44 La Breche located in the beautiful seaside town of Arromanches, the site of the British landing force on D-DAY at Gold Beach.
– Click here to continue

Our January, 2018 New Years update include two new additions to our links section, scroll to the bottom of the links page to see the latest updates.
– Click here to continue
01/24/2018

Our weekend update includes a new page addition, the Leistand at Oye Plage. This iconic Fire Control bunker leans like the tower of Pisa but stands firm and strong all these years later. Some really nice photographs taken on a beautiful summers day in northern France, 2016.
– Click here to continue
12/17/2017

Another new page has been added with our July of 2016 visit to the beautiful Mont-de-Couple in the Nord-Pas-de-Calais region and to STP 139 Hamm. We have added some extended photographs to this section, it was one of our favourite sites to visit.
– Click here to continue
12/09/2017

We have added another new page detailing Luftwaffe airfield remains, Jagdgeschwader 26, a very important airfield during the Battle of Britain and home to Luftwaffe ace Adolf Galland.
– Click here to continue
12/07/2017

We have added a new map from the U.S. National Archives which details the U.S. Army Rangers push to the Maisy Batterie. – Click here to continue.
11/16/2017